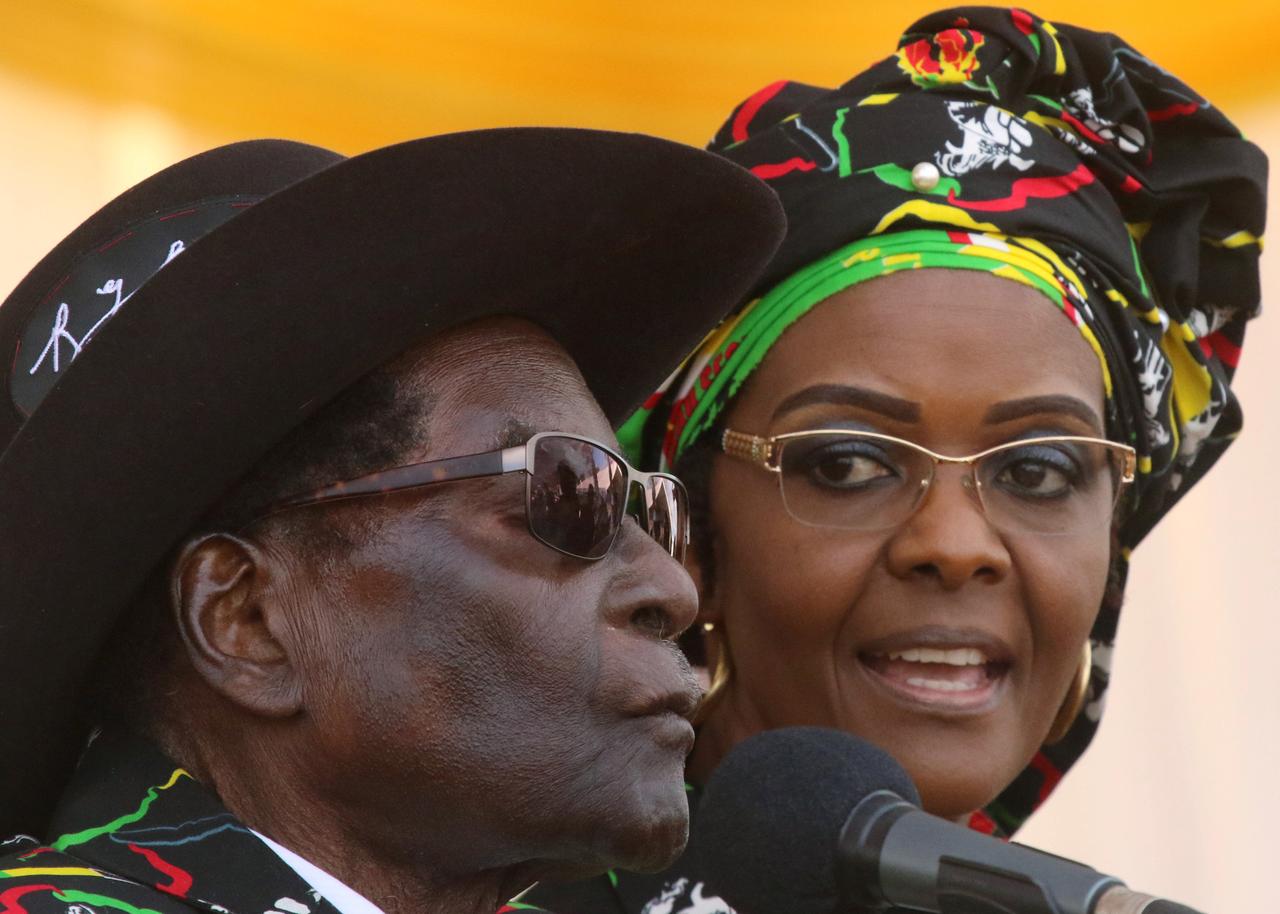 This was revealed at a media conference on Thursday at AfriForum’s offices in Centurion at which the alleged victim‚ Gabriella Engels‚ and her mother‚ Debbie‚ were present.

“There wasn’t an amount offered to them (the Engels family). The indication was: come up with a figure‚” AfriForum CEO Kallie Kriel said.

Caty van der Merwe from AfriForum’s Trauma Unit said there was no direct threat if Engels did not accept the offer.

“At least now I can sleep a little more peaceful knowing I have people in my corner that is gonna help me fight to get justice for my daughter.”

AfriForum approached 20-year-old Gabriella after she was allegedly assaulted by Mugabe on Sunday night with an electrical extension cord at a luxury hotel in Sandton‚ Johannesburg‚ where her two sons were thought to be staying.

Gabriella on Monday opened a case of assault with intent to cause grievous bodily harm at the Sandton police station‚ and Mugabe was widely thought to be appearing in court on Tuesday. But by the close of business on that day she hadn’t been arrested or handed herself over to the police.

Police confirmed on Wednesday that the Zimbabwean government indicated it wanted to invoke diplomatic immunity.

Police spokesman Brigadier Vishnu Naidoo said: “The investigations have been finalised, but we have received a Note Verbal indicating that the suspect in this case has made an application to invoke diplomatic immunity.”

On Thursday Police Minister Fikile Mbalula said she hadn’t been arrested due to her status.

Phephelaphi Dube, director of the Centre for Constitutional Rights, said: “Representatives of the state who are participating in an international conference can also receive immunity for the duration of the stay or meeting. But the agreement or decision to grant immunity must be published in the Government Gazette.” Mugabe would not ordinarily enjoy immunity, she said.

She said other international conventions could overrule the South African law’s interpretation of diplomatic immunity.

Grace Mugabe managed to evade arrest and prosecution in Hong Kong after a similar incident in 2009 when she was granted immunity.

Justin Papka, who wrote an academic paper examining the 2009 incident in detail, published by the University of Kent in the UK, argued that diplomatic immunity traditionally granted to heads of state could be extended to their spouses under international common law.

On Thursday he told The Times: “Nations won’t prosecute family members of heads of state because of the PR outcome. Prosecuting would result in a cascade of political problems.” He said the claims for diplomatic immunity would only apply “if South Africa accepts that they will apply”.