When are the 2021 Matric Results Being Released?

With the new year in full swing, the class of 2021 continues to anxiously await the release of their results. The Department of Basic Education has released its schedule for the 2022 matric results.

The marks of the 2021 National Senior Certificate exam were completely captured on 27 December 2021.

Umalusi is expected to approve the results on 14 January 2022, preparing for their results to be released on 21 January 2022.

The Education Department affirms that Diploma and Bachelor’s pass remains the same, and the 30% pass rate means that the learner will have passed matric but the learner will not qualify for admission to a programme at a Higher Learning Institution.

The 2021 academic year was filled with many challenges, such as Eskom blackouts and the school calendar being constantly changed. 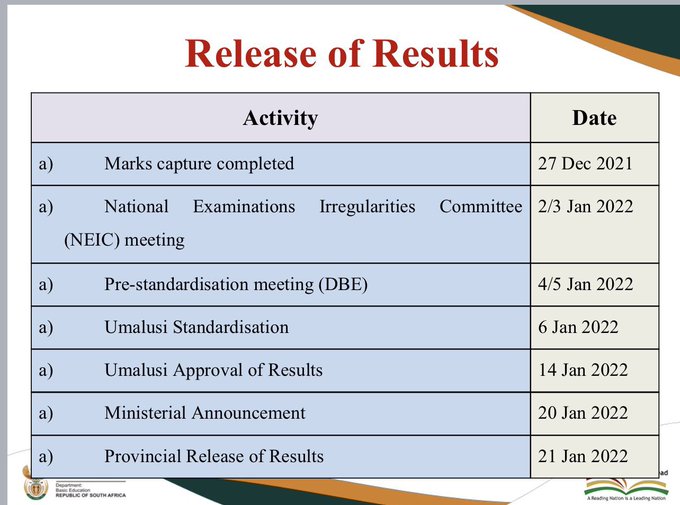 DBE spokesperson Elijah Mhlanga says that the date for the release of matric results is not late but rather according to their schedule.

Tiyani Baadjie expressed how the new date is a bit late in response to the Mhlanga’s Tweet.

Mhlanga further mentioned that the number of people writing NSC exams has increased and Covid-19 is also another factor that has contributed to the Department reaching such a decision.