Skip to content
Spread the love
JOHANNESBURG – The mother of the young boy featured in a racist H&M advert has herself been subjected to racism after she defended the advert.

The global clothing retailer has apologised for the advert which features 5-year-old Liam Mango – a black boy from Sweden – in a hoodie with the wording “Coolest Monkey in the Jungle” on the front.

The advert sparked global outrage, prompting singer The Weeknd to end his partnership with the brand and condemnation from NBA megastar LeBron James and Manchester United forward Romelu Lukaku.

And in South Africa EFF members on Saturday protested at H&M stores in Gauteng and Cape Town.

Liam’s mother Terry Mango – a Kenyan-born Swedish national – told Gulf News that she did not initially consider the slogan a racist one.

In a since-deleted Facebook post, Mango said that Liam had modelled hundreds of clothes and asked people not to blow the issue out of proportion.

“Am the mum and this is one of hundreds of outfits my son has modelled,” Mango wrote. “Stop crying wolf all the time, unnecessary issue here … get over it.”

Mango continued: “If I bought that jumper and put it on him and posted it on my pages, would that make me racist? I get pples opinion, but they are not mine.”

In another message, Mango said she had been to all of her son’s modelling shoots and was with him when he modelled the hoodie in question.

“Everyone is entitled to their opinion about this,” Mango wrote. “ … I really don’t understand but not coz am choosing not to but because it’s not my way of thinking, sorry.”

She told Gulf News that as a result, some social media users turned on her – and the abuse she received included racist comments, including describing her as a monkey.

“How can you fight racism if you make racist remarks,” she said. “You cannot try to defend my son and use the same words to describe me.”

H&M apologised for the ad on Monday.

“We’re deeply sorry that the picture was taken, and we also regret the actual print,” the company said in a statement. “Therefore, we’ve not only removed the image from our channels, but also the garment from our product offering.”

The statement continued: “It’s obvious that our routines haven’t been followed properly. This is without any doubt. We’ll thoroughly investigate why this happened to prevent this type of mistake from happening again.” 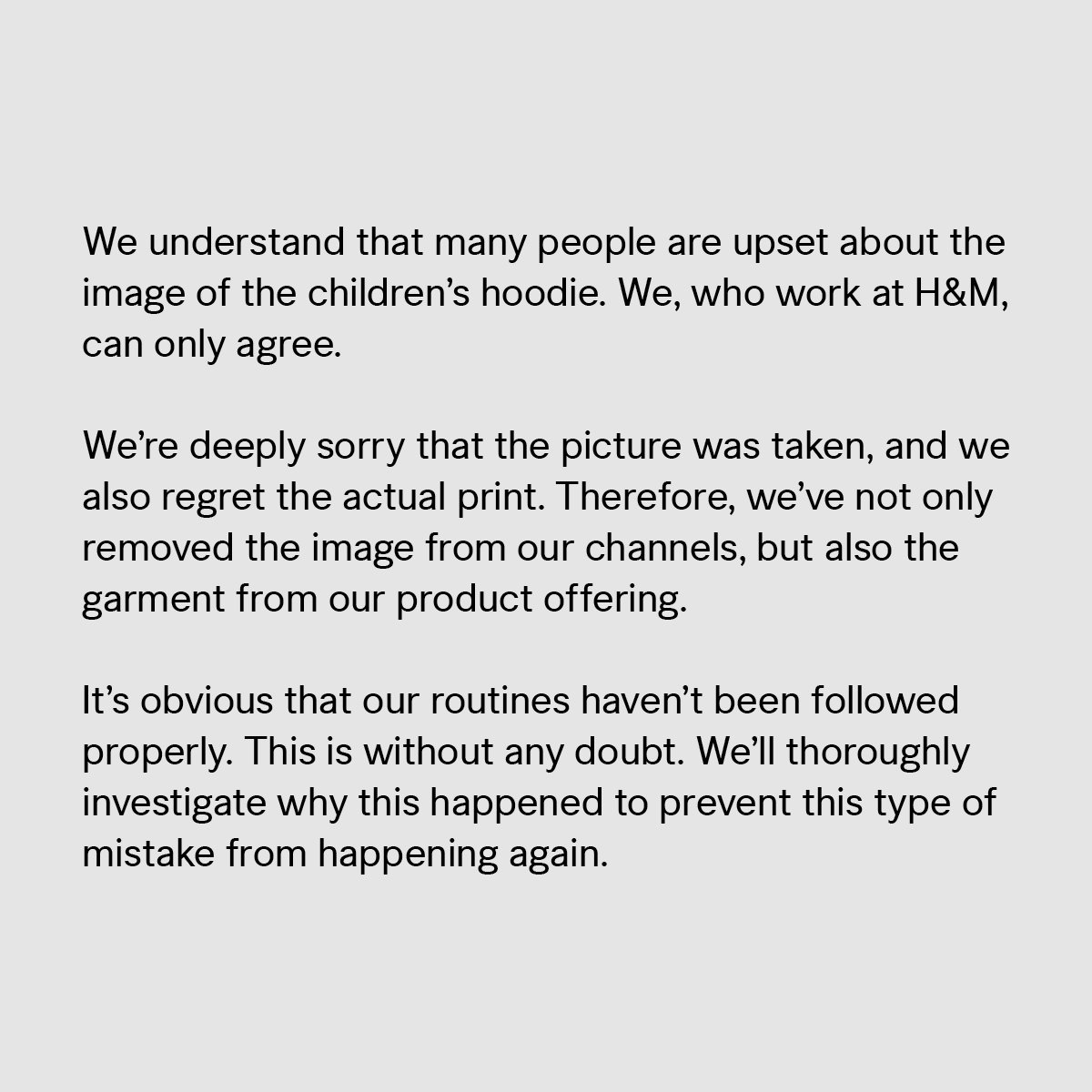